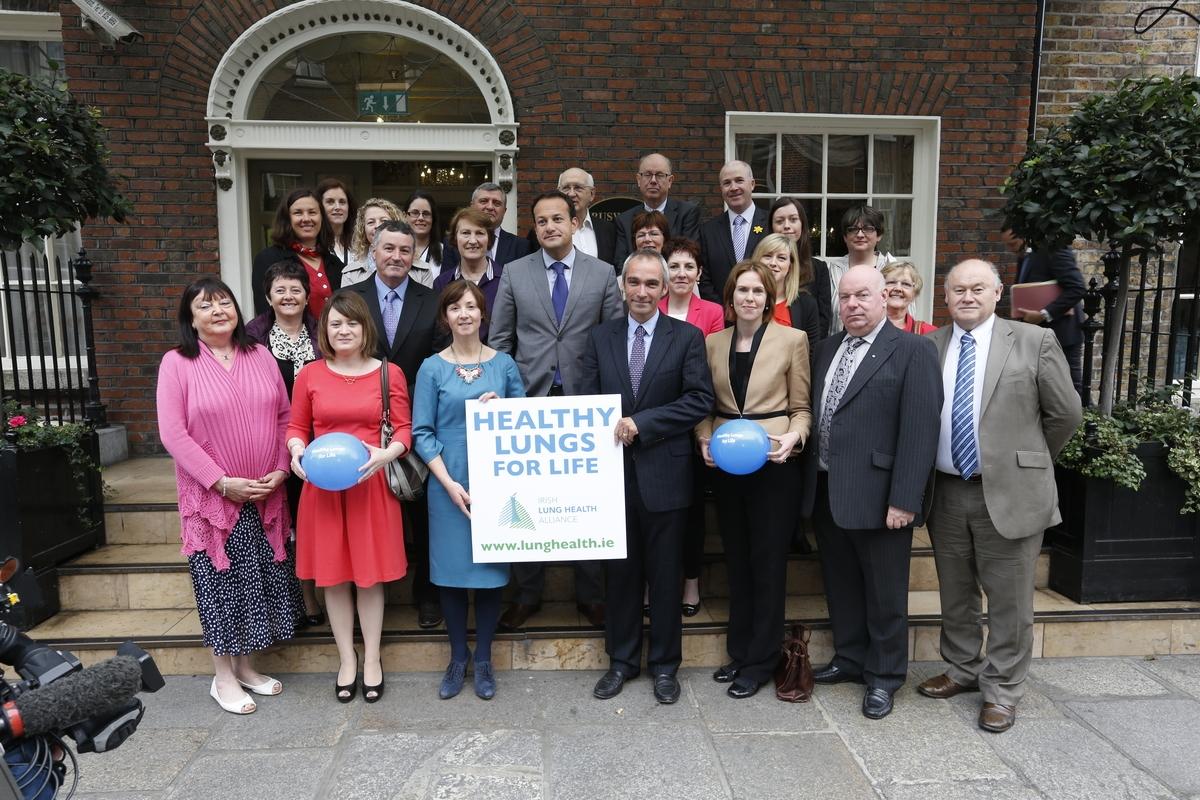 A recent survey has revealed that one in every two people nationwide has experienced lung disease, either personally or through a member of their family. Yet only 18% have had their lungs tested over the past five years and significant numbers of people were unable to identify the important symptoms of lung disease when asked.

The research was conducted on behalf of the Irish Lung Health Alliance, a coalition of 16 leading Irish charities, including the Alpha One Foundation to mark Ireland’s first-ever National Lung Health Awareness Week.

The week sees a national roadshow get underway offering free lung testing alongside an exciting science education exhibition to highlight the importance of healthy lungs for life. The interactive health and well-being exhibition – BodyWorks on Tour in partnership with Glasgow Science Centre – will visit Dublin, Cork, Galway and Portlaoise, Ireland’s Healthy Town 2014. For information on the campaign and what people can do to safeguard their lung health, visit www.lunghealth.ie.

Amongst the key findings from the research survey were:

Speaking at the launch which took place today, Minister for Health, Leo Varadkar, said: “This is an important initiative to promote lung health and I’m pleased to be here to support your work. Lung Health Awareness Week is sending out a clear message about the importance of being aware of lung disease. The Irish Lung Health Alliance is giving useful advice on how to minimise the risk of lung diseases, the importance of early diagnosis, being aware of the symptoms, and having lung function tests. Increasing awareness of lung disease and self-care are closely linked with better clinical outcomes.”

The Simple Spirometry Test That Can Lead to Better Lung Health
The BodyWorks on Tour exhibition taking place in various centres across Irelandoffers a really fun, engaging and hands-on opportunity for all of the family to find out about their bodies and, in particular, their lungs, and the science behind lung health. Respiratory physiologists will be on hand to offer free spirometry lung testing to members of the public. Spirometry is the gold standard lung test and is the fastest and most accurate way to measure lung function and screen for potentially fatal diseases. The test is painless and takes just a few minutes. Its importance is underlined by previous research undertaken by the Irish Lung Health Alliance that showed one in seven Irish people had an undiagnosed lung condition6.

Professor Anthony O’Regan, Consultant Respiratory Physician, and spokesperson for the Irish Lung Health Alliance, commented: “We have known for some time that lung disease is a major health problem in Ireland. Indeed, the work of the Government in leading the world in tobacco and air quality control legislation and for setting up specific disease programmes for some lung diseases is to be commended. However, it is also apparent from the results of this research that that there is still substantial work to be done. We need to make much more significant strides in improving lung disease prevention, early diagnosis and improved access to specialist care. The Irish Lung Health Alliance is therefore calling on the Department of Health to lead the development of a new National Programme for Healthy Lungs in Ireland. The aim of this would be to map out a detailed strategy for improving lung health and the resources required, as well as to identify ambitious but achievable targets in improving our population’s lung health.

“Of course, for the public it’s important to emphasise that, in the majority of cases, lung disease is preventable. Unfortunately, there is a poor awareness among people about the importance of having their doctor check for lung disease and, if necessary, organise lung tests such as spirometry. This simple test can identify some common lung diseases even before symptoms appear and can lead to effective treatment. The sooner a problem is treated, the better the results and further irreversible lung damage can be averted. Early action is vital.”

Members of the Irish Lung Health Alliance with Minister for Health, Leo Varadker at the launch of National Lung Awareness Week 2014