Winners of the Lovin Our Lungs Movie Competition Announced 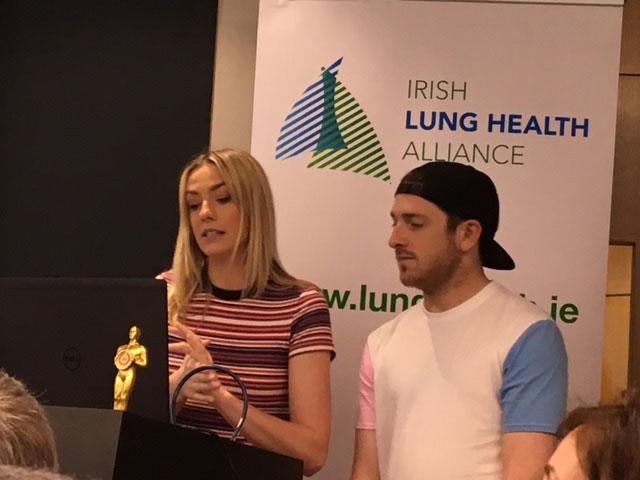 A top gong has gone to a five-strong dance troupe from the House of Swag Dance School, from Swords, Co. Dublin, for their winning entry in the Lovin’ Our Lungs Movie Awards. An initiative of the Irish Lung Health Alliance, a coalition of 17 charities, in partnership with Foróige, the awards sought to build awareness of the importance of lung health for a full and active life among teenagers by having them direct their own original 90-second movies.

In particular, the aim was to highlight the importance of three steps in keeping lungs strong and healthy—by not smoking, by exercising for 30 minutes most days, and by eating a healthy diet. The initiative was supported by GSK

The winning mini-movie by House of Swag Dance School really caught the imagination of judges in bringing the Lovin’ our Lungs theme to life through its high energy fusion of fitness moves and dance grooves. The movie features an impressive array of acrobatics, breakdancing, and hip hop, set against a funky music soundtrack, and concluding with the salutary message “Take care of your lungs, or they won’t take care of you”. The winning entry is also being broadcast on RTÉ Two’s Two Tube while the winners will also get to take part in a ‘breathtaking’ adventure experience with Ecoadventure Ireland.

Nathan Brogan, speaking on behalf of the House of Swag Dance School, winners of the Lovin’ Our Lungs Movie Awards, accepting the award was very special:
“We never thought we’d have our own ‘Oscar’ moment where we would get to stand up in front of an audience to accept the Lovin’ Our Lungs statuette and thank everyone, especially our moms! We had so much fun shooting this movie and along the way learned so much about our lungs and why we need to show them the love. If we have helped make a convincing argument to other young people about swapping the sofa, fags and junk food for some groovy dance moves, then that would be cool.

For Dr Ross Morgan, Consultant Respiratory Physician and spokesperson for the Irish Lung Health Alliance, young people respond best to lung health messages, when they come from themselves:
“Lung disease is the most common health condition in young adults aged 18 to 24 years and research shows that almost 80 per cent of smokers start the habit before the age of 18 years. That’s why we created the Lovin’ Our Lungs Movie Awards to get young people thinking, talking and filming about lung health and how to get the most out of our lungs in a way that would grab the attention of their peers. We know that young people respond best to health messages when they come from themselves rather than being told by us adults, even if we know it’s true! I want to congratulate the five young people from the House of Swag Dance School for their really powerful and inspirational entry on why our lungs matter and would encourage every young person to check it out for themselves.”

To read more and to watch the winning entry see here.