‘The majority of people carrying this gene have no idea’

Around 250,000 of Irish people are carriers of the gene causing Alpha-1 antitrypsin deficiency, a genetic disorder that can affect the lungs, liver and skin and can be deadly if undiagnosed. Kevin Colfer and his sisters talk about their experiences with the condition, and why they want to increase awareness. 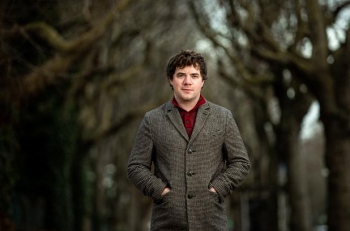 In the age of Covid, is that minor ailment you heard your dad mention late at night actually of one of those dangerous “underlying conditions” you now need to worry about? Alpha-1 is such a condition. And despite 250,000 on the island of Ireland being carriers, most people will never have heard of it and its side effects can still baffle doctors.

During the pandemic, Alpha-1 Foundation Ireland has seen a surge of traffic to their website and a flood of calls to their support line as sufferers’ family members check if they are carriers and whether they need to take extra precautions. Alpha-1 is caused by a gene mutation which prevents the production of a protein designed to shield the lungs from damage. The gene responsible is alpha-1 antitrypsin.

A healthy individual has two functioning copies of this gene, each referred to as M. A faulty copy is called Z. A “carrier”, with one of each gene type, is an MZ, and an individual with two non-functioning, abnormal genes is a ZZ. Scientists estimate that around 3,000 people on the island of Ireland have the most serious form of the disorder, but only 300 of these have been diagnosed. Over 250,000 individuals are MZ (“carriers’’) and also potentially at risk, but to a lesser degree.

This is a sneaky disorder. Some may never suffer any symptoms until they’re suddenly present at hospital with severe lung or liver damage. It is one of the reasons why some people suffer from severe lung disease despite having smoked very little or never.

How then has a relatively serious, complex respiratory disorder managed to fly under the public radar for so long? Partly because we believed it to be both more rare and more benign than it actually is.

“Until about seven years ago it was believed that if you were a carrier — an MZ — you were fine, there was no need to worry,” says Dr Tomás Carroll of Alpha-1 Foundation Ireland at the RCSI. “What we and other groups have shown is that if you’re MZ and you smoke, your risk of the lung disease COPD (chronic obstructive pulmonary disorder) is much greater — between five and 10 times increased. That’s changed how we look at the condition.

There is also increased risk of lung disease if you’re MZ and you’re a farmer, a welder or a mechanic, where you’re exposed to particles that are harmful to your lungs on a daily basis over many years. And a risk of liver disease if you’re a regular drinker.”

As a result of these previous misconceptions, Alpha-1 is not tested for as routinely as it should be in adults, although babies with persistent jaundice from birth are usually tested because Alpha-1 is a possible cause. The Alpha-1 Foundation Ireland team at RCSI are endeavouring to increase awareness so more people will come forward for testing. Dr Carroll explains how the condition is carried through families.

“It’s highly unlikely that both parents are ZZ, because it’s rare. So it’s far more likely that each parent is MZ, with one good and one bad copy of their alpha-1 antitrypsin gene. So it stands to reason that within the same family you have ZZ, you will have MZ, but you’re also going to have the best case scenario of MM where both gene copies work as they should. It’s just the luck of the draw.” 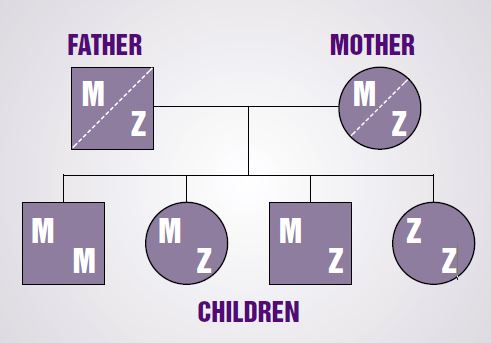 Kevin Colfer knows this draw very well. The 28-year-old accountant was diagnosed with the most serious form of Alpha-1 when he was nine months old. Having attended regular check-ups throughout his childhood and teenage years, he fell through the cracks when it came to moving to the adult service.

He was always careful not to jeopardise his lung and liver function and his parents were acutely cautious about second-hand smoke, but when he developed a bizarre constellation of symptoms in his mid-20s, in the absence of an informed specialist, it seemed to defy explanation.

It was when he was 24 that his leg started to swell painfully around his knee and he was admitted to hospital. “The doctors initially thought it was some kind of arthritis. I had been in three times for a week or so at a time but no diagnosis was found so I was discharged,” he says.

The symptoms deteriorated after a few months but then more developed. “My knee pain was so bad that I could barely walk. And then I noticed a really bad chest pain developing.”

He was re-admitted to A&E, but with no diagnosis apparent and his situation worsening, he was transferred to a bigger hospital where he was tested for several possible diseases, including undergoing a bone marrow aspiration to check for cancer.

Meanwhile chest drains were fitted as fluid continued to build. He adds: “At that point I had been on so many antibiotics that my body started rejecting food. Then, over two to three weeks, I was really going downhill. I wasn’t eating and I was constantly asleep.

“There had been a replacement professor on duty at the hospital who came to look at me. At that point the doctors had been about to put me into a coma and my parents were told I had six hours to live. That was when the professor got in touch with the Alpha-1 specialists at Beaumont.”

Kevin had developed a very acute form of panniculitis, a rare complication of Alpha-1. His case was so extraordinary that it later became the subject of a scientific paper, published in the journal CHEST.

After advice from the National Centre of Expertise for Alpha-1 at Beaumont, Kevin was administered an emergency drug, the following morning he was awake and a short time later, he was eating. His infection levels dropped almost immediately and within 48 hours his chest drains had been removed.

He was discharged a week later. Kevin had one other similar episode but is now receiving the treatment regularly and has suffered no further symptoms. “They saved my life,” he says.

Long before Kevin developed the more serious complications as an adult, he had suffered from asthma as a child. Along with persistent jaundice from birth, asthma is a known side effect and can be a catalyst for diagnosis as doctors seek a cause for allergies.

Kevin’s sisters Joanna and Noelle, and his nephew Killian, Joanna’s son, are all carriers. Killian also has eczema and suffers from other skin issues, both known side effects. “Killian would have been wheezy. When he was about five or six he had what we thought was a viral infection and I asked to be referred to a paediatric specialist,” says Joanna.

“We had always said in our family that Kevin and Killian were very alike. The specialist immediately noticed that Killian had asthma, and when he said that, I mentioned Alpha-1 and the specialist had just read a paper on it in a journal. He tested Killian and it came back positive.”

Luckily the specialist was aware of Alpha-1 but Noelle says this isn’t always the case. “I took my daughter Aoibhe to hospital to see if she was a carrier when she was about 14. I said, ‘I’m an Alpha-1 carrier, I’m not sure about my daughter and they looked at me like I had 10 heads’.” Joanna agrees with her sister that knowledge can be patchy, so much so that the siblings have prepared what they refer to now as “the spiel”.

“I was actually lucky the specialist had read that paper,” adds Joanna. “I was getting ready with the spiel when he said he knew what it was. That was a relief.

Unsurprisingly, communication is part of the Alpha-1 Foundation’s remit. “We’re a charity but we wear a lot of hats, we’re involved in research. I do the assay to diagnose the condition so we see patients from the very start, from when their blood sample arrives when they’re tested for the first time,” adds Dr Carroll.

“If we find somebody with the condition we send a cover letter as well as the official lab report, explaining in simple English that the patient has a high risk for lung, liver, and sometimes, skin disease and they should be given this information to help them avoid anything that increases that risk dramatically, like cigarette smoke. We inform that there’s a national clinic in Beaumont and because it’s genetic, brothers and sisters should be offered testing, or at least informed of the genetic component.”

Kevin says that he is careful to manage his condition but worries about the other individuals who have the most severe form and don’t know. “If only 10pc of people have been diagnosed, and the others don’t know, they could be doing anything. They could be smoking, which will heighten your risk for lung disease or COPD. Having this is manageable but you have to know that you have it.”

POSTSCRIPT: A huge thank you to the Colfer family for sharing their story and to journalist Regina Lavelle for showing such an interest in Alpha-1 and helping to raise awareness.