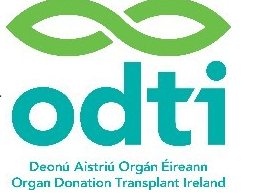 Up until now more than 80 percent of donated lungs could not be transplanted into recipients. This has meant substantial waiting lists for those needing a lung transplant.  Reasons for this include the damage to the lungs caused by a donor illness or the presence of the donors white blood cells in a transplanted lung which may increase the likelihood of the lung being rejected. During EVLP the lungs are maintained at normal body temperature and perfused with a bloodless fluid known as Steen solution, which contains high levels of albumin, dextran and an electrolyte composition. This process helps to reverse lung injury and remove excess lung water and donor white cells.

Ms Redmond and the Mater team are predicting that while the procedure is still in its infancy it is hoped that for every two organ donors currently deemed unsuitable for lung transplant, using EVLP can restore the lungs of one. This will significantly increase the size of the current donor pool.

Karen Redmond spoke at our patient conference last October and gave an excellent synopsis on lung transplant in Ireland and as well as discussing this new procedure.

For more about organ donation and transplant in Ireland click here.