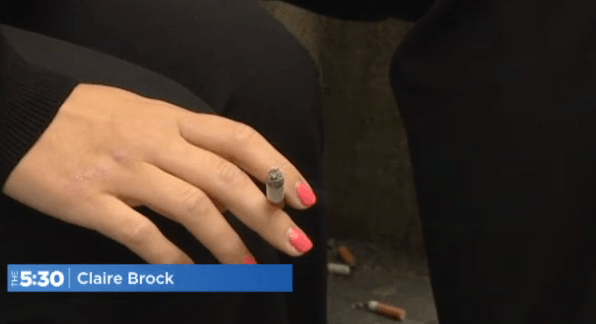 Researchers from the Alpha One Foundation, the Royal College of Surgeons in Ireland and Harvard University have made a major breakthrough in identifying people who have an increased risk of developing COPD (chronic obstructive pulmonary disease) due to a combination of 1 copy of the Z Alpha-1 gene (MZ carriers) and exposure to cigarette smoke.

The research published in January in the American Journal of Respiratory and Critical Care Medicine, clarifies the risk of COPD linked to alpha-1 antitrypsin deficiency (Alpha-1), an inherited condition affecting almost 250,000 on the island of Ireland.

The research provides the strongest evidence yet that the estimated 1 in 25 people on the island of Ireland, who have inherited a combination of one normal (M) and one abnormal (Z) alpha-1 antitrypsin gene have an increased risk of the debilitating lung condition COPD. Cigarette smoke is the most influential factor in determining whether these individuals who carry this combination of genes (MZ) are at a greater risk of COPD compared to those who have two normal Alpha-1 genes (MM).

Given the very large number of people in Ireland who have the MZ combination of genes (one normal and one abnormal Alpha-1 gene), doctors leading the research stress that it is even more important than ever that people who have been diagnosed with COPD should be tested for Alpha-1. To date, approximately 1,500 people of an estimated 250,000 people on the island of Ireland have been identified with the (MZ) gene combination.

Professor Gerry McElvaney, Professor of Medicine at RCSI, principal investigator and chairman of the Alpha One Foundation Ireland, said “This research signals a major breakthrough in understanding the heightened risk of COPD for people who have the combination of one normal and one abnormal alpha-1 antitrypsin gene. If people know that they have a genetic predisposition to developing COPD, it allows intervention at an earlier age, encourages smoking cessation and prevents a further decline in lung function in a disease that is otherwise preventable. It also provides an opportunity for other family members to get tested for Alpha-1.”

“Funded by the Department of Health and Children, the Alpha One Foundation provides a free national screening programme for Alpha-1, the only national screening programme in the world. We strongly urge people to avail of this service, particularly if they have COPD. Also as Alpha-1 is a hereditary disease, we recommend that all first degree family members of individuals with Alpha-1 should be tested. Alpha-1 can be easily diagnosed by a simple blood test. For more information on how to be tested, contact the National Centre for Alpha-1 based at Beaumont Hospital, Dublin.” added Professor McElvaney.

Dr. Kevin Molloy, Royal College of Surgeons in Ireland, the lead author of the study said “Alpha-1 is a common inherited condition that is massively under-diagnosed both in Ireland and internationally. As this research has an impact on a large number of people who have the MZ gene combination, the research will greatly increase awareness and diagnosis of Alpha-1. Knowing that you have a genetic predisposition to developing COPD should encourage people to avoid exposure to cigarette smoke if they definitively know they have a higher risk of developing this debilitating lung condition.”

“250 individuals from 51 Irish families took part in the research which set out to determine the risk of COPD for people who carry one normal and abnormal Alpha-1 gene. The participants were first degree family members of individuals with the confirmed MZ gene combination. The research used a unique study design which removed a lot of uncertainty from previous attempts to assess the risk of developing COPD for people who have the MZ gene combination.” added Dr. Molloy

This piece has featured in a variety of local and national newspapers (for example Irish Times, Irish Independent, and Irish Examiner) and radio stations around the country and was featured on a segment on TV3 news.